The Ultimate Guide to Racetams in 2021

Racetams are a family of drugs, commonly used as nootropics to boost brainpower.

However, are they any good? And how do they stack up compared with other nootropics? We asked our team of experts to look into these very questions. Read on to discover what they found out.

If you'd like more information about nootropics or smart drugs, check out our 2021 review of popular nootropics.

Racetams are a class of drugs that are grouped due to the shared feature of having a 2-pyrrolidone nucleus: 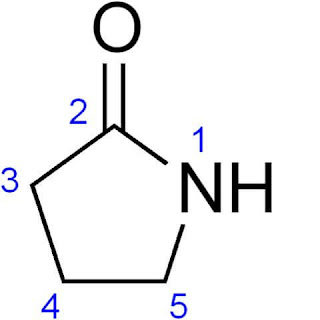 A 2-pyrrolidone nucleus is an organic compound found in multiple drugs.

When talking about nootropics or researching cognitive enhancers, racetams will come up sooner or later. This is because they are known to boost brain performance, at least in the short run.

However, racetam as a class is an umbrella term that includes different drugs with different features. The two main fields associated with racetams are nootropics and anticonvulsants, which are drugs used to treat epileptic seizures. The most commonly known nootropic of the racetam class is piracetam which was one of the first developed nootropics. It was made from the neurotransmitter GABA.

GABA is the main inhibitory neurotransmitter, which makes it sound like piracetam might have a calming effect.

It does the opposite and stimulates the brain. Other racetams used to improve cognitive performance include aniracetam, oxiracetam, pramiracetam, and phenylpiracetam.

All of these are structurally similar to piracetam. However, some of the newer ones are stronger, have higher potency and different effects.

How exactly the different types of racetams work is still part of ongoing research.

There does not seem to be one universal mechanism on which researchers agree at this point. However, there seems to be agreement about racetams working by impacting receptors in the nervous system.

Receptors of neurotransmitters in the nervous system are an essential part of the transmission of information that travels from neuron to neuron via the synapses.

While racetams today are commonly known in the context of nootropics or study drugs, many were created to treat varying disorders. Aniracetam, for example, was created to treat cognitive disorders, allowing for more focus and concentration.
Importantly, the effects of aniracetam, as well as other racetams, are short-term. The effect usually lasts for only 1.5-2 hours.

Moreover, it is recommended to take aniracetam with yoghurt or something sweet to cover its unpleasant taste.

Aniracetam binds to acetylcholine receptor as well as dopamine and serotonin receptors. This leads to higher concentration and a potential mood lift during the short period when it's active.

While racetams do work, they are also associated with a range of side effects.

Aniracetam, for example, is commonly associated with headaches. Therefore, getting the dose right is crucial. Getting it wrong might mean that you won’t benefit from aniracetam as the headache will prevent you from making the most of your boosted concentration.

There are various more side effects associated with racetams. Piracetam, one of the most commonly used racetams, is associated with insomnia, diarrhoea, hyperactivity, even muscle spasms, and dizziness.

Seemingly surprisingly, in some cases, it has also been associated with memory loss.

While piracetam is legally available in the UK, aniracetam is sold as a prescription drug. Depending on what member of the racetam family you are interested in and where you live, these regulations will differ.

The changing legal status of racetams indicates that they are associated with potential dangers and long-term harm. In all cases, caution is necessary when using racetams to boost performance.

The attitudes towards racetams are mixed. Many people enjoy the short but sweet effect when hoping to boost focus and concentration. When used in a medical setting and prescribed as a drug to treat conditions, racetams can also be very helpful.

Negative attitudes towards racetams usually arise in the context of self-medication and trying to boost long-term performance.

There are many more sustainable and effective ways of increasing productivity and energy in the long-run that are not associated with harmful side-effect.
If you are interested, please feel free to read our blog posts on boosting energy, meditation, vitamins for energy as well as study skills.

People are interested in racetams because they are effective in the short-run.

However, that does not make it advisable to use them as cognitive enhancers. Indeed, caution is needed when using these drugs.

If you are struggling with energy and focus, it may be advisable to speak to a health professional. Indeed, before self-medicating with racetams, please get your GP’s advice and ask for information about alternative cognitive enhancers.

Whilst racetams are a popular nootropic, many users report that the side effects you get from them make you less productive in the long-run.


If you are looking for a convenient, affordable and effective racetams alternative, you could consider using natural brain food supplements.